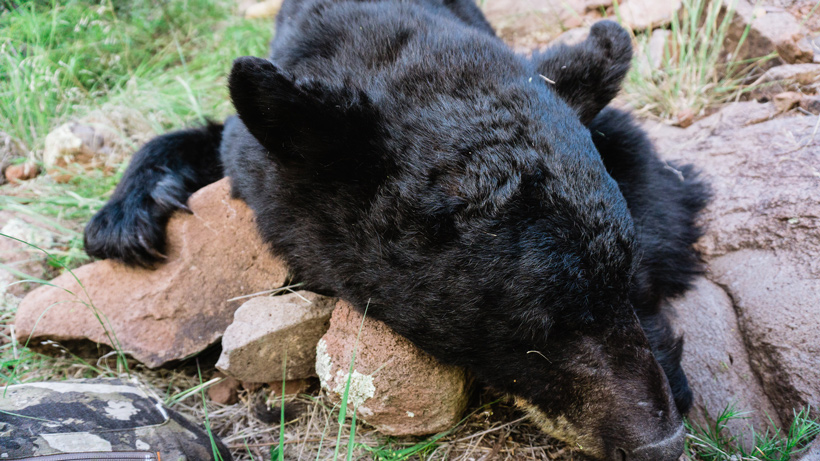 Can You Eat Bear Meat? Are you ready for the ultimate outdoor survival adventure? For those looking for a truly unique experience, look no further than hunting, cooking and eating bear meat!

Bear meat is not only edible; it is quite good if it is properly prepared.

If a person hasn’t tried it yet, there are a few things that they should probably know first so that they can set their expectations appropriately.

What is bear meat?

This is meat that is sweet, and it usually has a high-fat content, similar to pork in both regards, although the flavor is quite different than pork.

Animals that are harvested in the fall normally have a substantial layer of fat under the skin. Because of this, the hunter should take care to remove as much of the fat as possible, after skinning the bear. Otherwise, the meat may tend to be overly greasy when it is cooked.

The good news is that the fat can be easily rendered into lard by simply cooking it down and straining it. Because of its sweet but unique flavor, bear lard is exceptional for making donuts and pastries.

Even without the layer of fat, bear meat tends to be oily. This can be overcome in several ways, depending on how it is prepared.

For example, steaks should be cooked in such a way that the oils from the fat can drain away. This can be done on a barbecue or by using a ridged frying pan that is designed specifically for that purpose.

Many old-timers, when cooking roasts and stew from the bear meat, prefer the cook-chill-skim-cook method.

The idea is to partly cook the meat and whatever vegetables have been added, and to then chill the result. Like most animal fats, the chilling causes the oils to solidify at the top of the container.

Using this method removes a great deal of the fat, resulting in a meal that is far less greasy. It should be noted that except for older specimens, bear meat tends to be tender once it is cooked.

Can you eat bear heart and liver?

A disclaimer is in order, though. The bear liver is known to be exceptionally high in iron, so a person should be careful not to eat a lot of it in one sitting. It is possible to overdose on iron if too much is eaten.

How much protein is in a bear?

Like man, as well as pigs and hogs, bears are true omnivores, eating both meat and plant material. This makes the meat rich.

A healthy adult black bear, the kind most often hunted, often weighs over 250 to 300 pounds and it can render over 10 gallons of lard in the fall. It is certainly worth trying if you have the chance.

Bear meat has been a staple food source for various cultures, both modern and ancient, around the world. The taste of bear meat varies depending upon its preparation and cut of the animal.

This meat is also quite high in cholesterol, both the good and bad types and the pound of meat contains 90% of the RDA value. Still, it is also high in Omega-3 fatty acids, which are considered to be important for guarding against and fighting cancers.

This isn’t meat to eat rare, however. Since bears are omnivores like we are, they can be infected by some parasites that can be transferred to man.

The most common of these parasites found in bears is Trichinosis, and one may run a risk if the meat is not cooked properly.

Cooking bear meat is a culinary art that requires skill, patience and knowledge. To ensure the best flavor and texture when cooking bear meat, it is important to take extra care with every step of the process.

When it comes to cooking bear meat, there are a few things that should be taken into consideration in order to ensure the best possible flavor and texture.

A properly cooked bear will give you a unique flavor that is reminiscent of pork or beef. The texture of the meat is slightly gamier as compared to other types of red meats, but still tender and flavorful when cooked correctly.

Never eat bear meat if it is undercooked. When it is properly cooked, it is seldom more of a problem than well-cooked pork.

Properly processed and prepared, bear meat is both healthy and tasty. It can be used in most recipes that feature pork, yet the flavor is unique.

There are a few things that you should keep in mind before going for hunting.

When it comes to hunting bears, proactive safety measures are essential and should not be overlooked. It is imperative that hunters familiarize themselves with local laws, regulations, habitat conditions and bear behavior before heading out on a hunt – attending a hunter safety course is also highly recommended.

Ensure you have the necessary equipment with you when hunting such as first-aid supplies, a compass or GPS device and most importantly bear spray just in case of an attack. Taking these precautionary measures will give you peace of mind while creating an enjoyable experience for all involved.

Finding the right spot to hunt bears is an important part of having a successful and safe hunt. Bears can be found in many places across North America, Europe, and Asia depending on the species, including forests, mountains, national parks and even suburban backyards. When selecting a hunting spot, it is important to consider terrain, and weather controlling your scent when hunting bears is critical for success.

Bears have an acute sense of smell, and if you can reduce the amount of human odor in your area, it will be harder for them to detect you and more likely that you’ll be successful in bagging a bear. Wearing odor-free clothing such as 100% cotton or wool, washing with non-scented detergents and applying scent eliminators to your hunting gear can help reduce the amount of human odors that bears will detect. Additionally, staying upwind from the bear’s location and avoiding heavily used game trails can also help you remain undetected.

When hunting for bear meat, it is important to have the right equipment to ensure a successful and safe hunt. Hunters should always carry the proper clothing, weapons, and safety gear when out in the wild.

Here are some steps of preparing bear meat

Cleaning and skinning the bear

When cleaning and skinning a bear, it is important to take extra care to minimize contamination of the meat with dirt, bacteria, or other contaminants. Skinning a knife with a sharp blade is the best way to remove the hidechieving. After removing the hidechieving the right temperature when cooking bear meat

Aging meat helps to tenderize the meat, deepen its flavor and improve its texture. Before aging, the bear meat should be cleaned and skinned properly to avoid any contamination.

Aging bear meat is a crucial step in the preparation process that can improve flavor, texture and tenderness. Dry-aging is one of the oldest forms of aging, traditionally done by hanging the meat in an environment with low humidity and temperature for weeks or even months.

Curing the meat is another important step in the preparation of bear meat. Curing can help to reduce fat and increase flavor, as well as enhance shelf life.

Cutting the meat into steaks or strips

Cutting bear meat into steaks or strips is one of the final steps in preparing it for consumption. This step is important to ensure that the meat stays tender and juicy, and can be cooked evenly.

When slicing the meat, it’s important to uselicing the meat into steaks or strips sharp, clean knives and to cut against the grain of the muscle fibers, as this will help to keep the steak or strip tender.

Ensuring the preservation of bear meat is a pivotal step in obtaining, preparing and savoring this delicious ingredient. To keep your bear meat fresh for as long as possible, wrap it securely in butcher paper and store in an area with adequate air flow to maintain even temperatures. This will reduce the risk of spoilage or bacteria contamination while delivering you peak flavor!

When cooking bear meat, there are various techniques that can result in its best taste and texture.

Don’t forget to try donuts cooked in the bear lard. There are few more fantastic treats, and the best thing is that they can be served as a dessert for that perfect bear meat meal.

Why hunt, cook, and eat bears for survival

Hunting, cooking and eating bears for survival can be a great way to gain more knowledge on wilderness survival skills as well as enjoy an exciting outdoor adventure.

Here are some reasons why you should hunt, cook and eat bear meat for survival:

Bear meat is versatile. It can be used to make a roast, stew, steaks and kabobs.

Bear meat can be cooked with onions, soy sauce, honey, cayenne pepper, chili powder, mushrooms, ginger or a whole assortment of other ingredients. 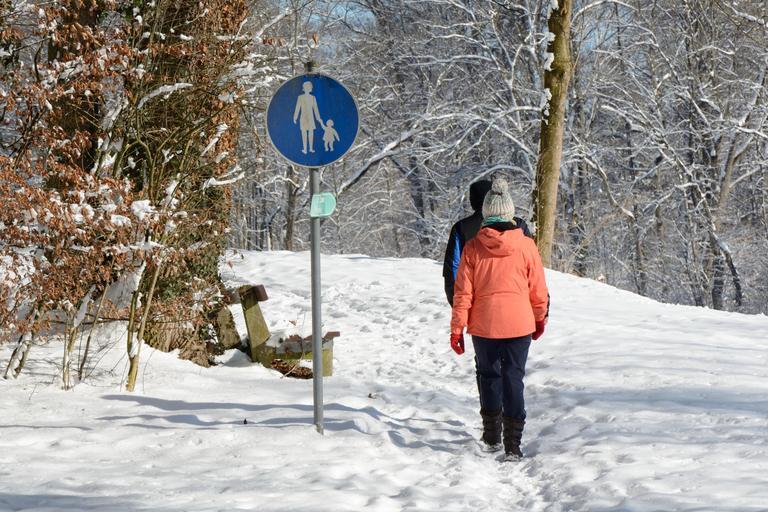 The best thing about hiking is that it isn’t a seasonal activity; you can hike all year round. Winter season is one of the best times to hike. I know it is unusual due to the cold temperature, but there are benefits to hiking during this season. One of the benefits is that the trail…

Why You Need Survival Tools ? There might come a day when you are forced to live in survival mode and forget your comfortable everyday life. I know lots of people that think they are prepared for most catastrophe situations that might arise, but the reality is that it ‘s the details that sometimes escape…

I believe that you have purchased the best rifle scope for your hunting or shooting purposes. But to bring your game to an A-level, you need to increase the rifle scope shooting accuracy. As when we all know, owning a rifle doesn’t necessarily means that shooting or hunting automatically becomes accurate. But instead, you must… 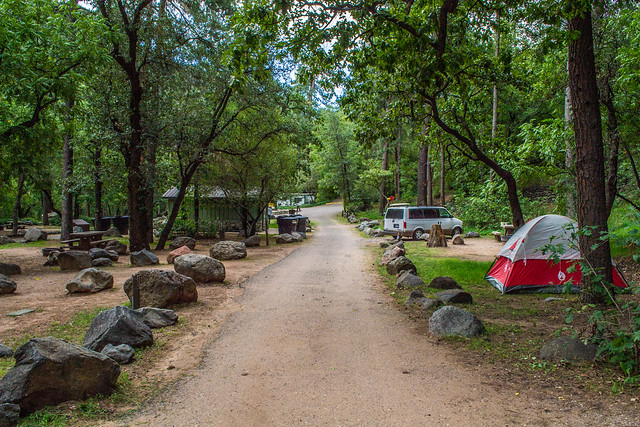 The picture was taken from a free source: pexels.com When planning a family adventure, particularly camping, location, and weather conditions are elements to anticipate achieving an enjoyable and exciting outdoor experience. Along with the basic camping-gears and utilities, you need to bring essential and convenient camping-tools and work-equipment to do things much easier in the… 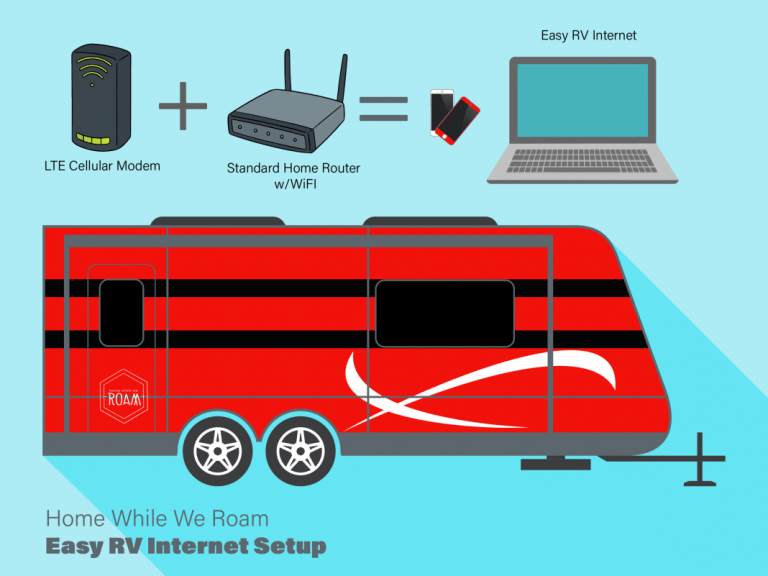 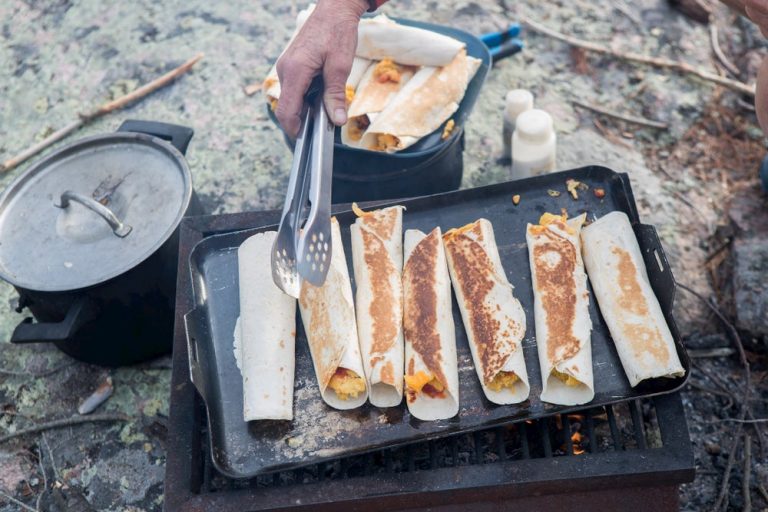 Camping outside is very exciting as well as challenging also. During camping outside we need to have camping cots, air mattress, first aid kit and also most necessary energetic food for extra strength. Here we are going to talk about some best food for campers which will make our camp life easy and energetic. Thinking all types…