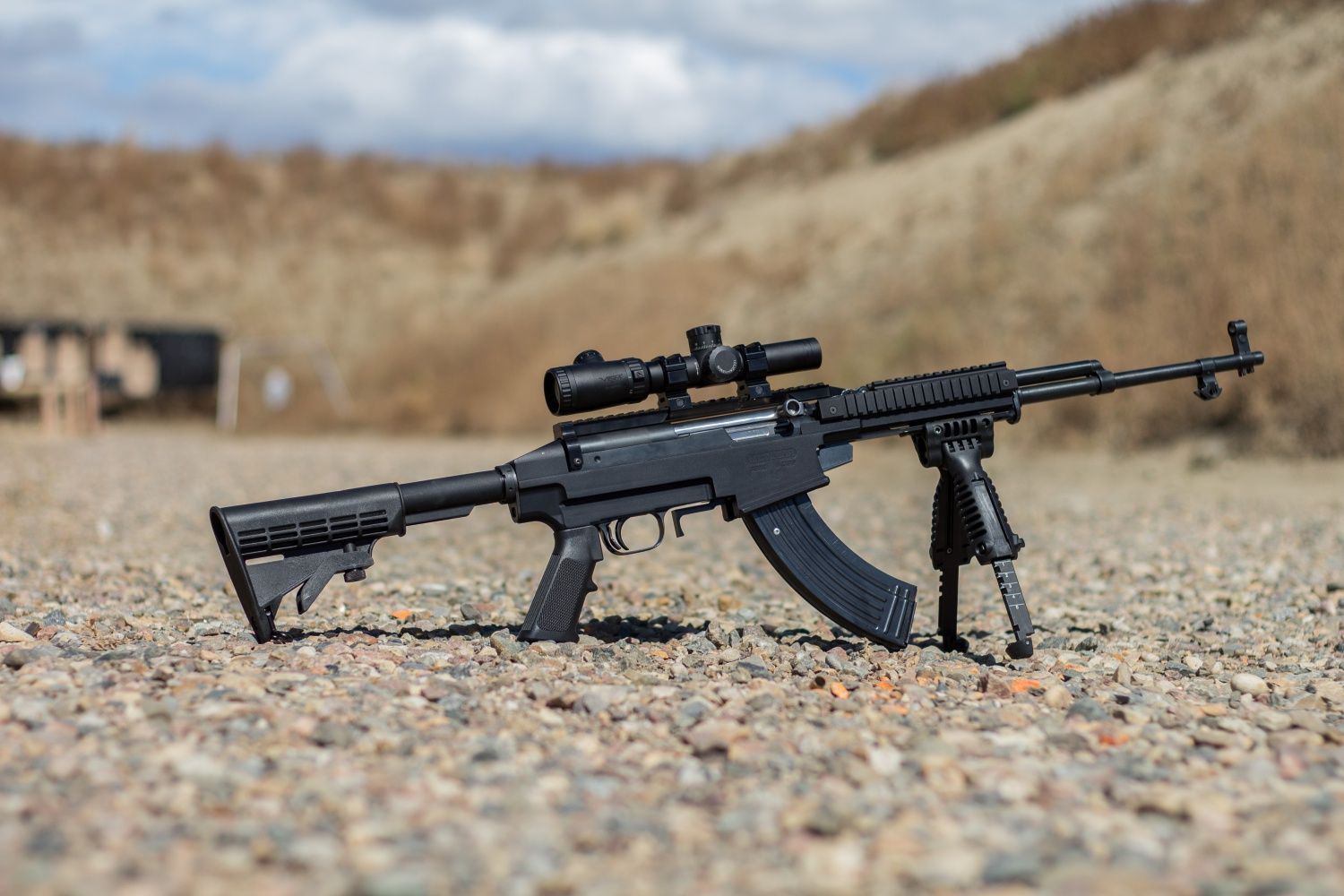 The SKS rifle is a popular semi-automatic carbine rifle, chambered for a 7.62×39mm round, that was designed in the former Soviet Union in 1943.

However many variants of the SKS rifles are available of varying quality (many different countries manufactured a version of the rifle). There are many SKS rifle accessories available due to the mass production of the rifle.

The SKS rifles are popular in the US and Canada due to their historic and novel nature, and the Soviet and European SKS rifles are classified as ”Curio & Relic” items under U.S. law, allowing them to be sold with features that might otherwise be restricted.

The SKS rifles are relatively cheap, and parts are widely available, making it a very popular rifle for gun enthusiasts and hunters.

SKS rifle accessories are widely available, with many owners liking to modify their rifles with various accessories, such as pistol grips, recoil buffers, etc.

I am a bit of a history nut and love anything original. This cleaning kit is an original surplus that was never issued. It consists of 1 screwdriver/firing pin protrusion gauge, 1 cleaning rod head, 1 muzzle crown protector, 1 rod cleaning jag, 1 rod handle/punch, and 1 carrying pouch. Each kit is packed in a Cortec heat sealed package to prevent rust/oxidation. You can read our detail article on best gun cleaning kits for guns. 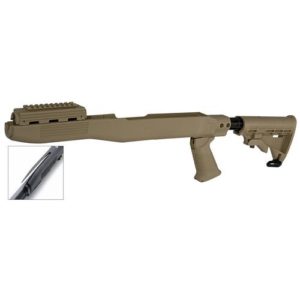 The SKS rifles originally came with wooden stocks and not a pistol grip. For the modern user, there are now modern stocks available made from new age light materials. The Tapco Intrafuse SKS Stock System gives you a 6 position adjustable T6 stock so that it will accommodate any sized shooter. It comes with a SAW style pistol grip to provide more comfort and control. The upper hand guard rail allows you to add even more SKS rifle accessories. The system also comes with a cut in the body that will accept a blade bayonet. The systems are claimed to work on most SKS models.

If you want increased accuracy when you shoot, you will want a bipod for your rifle. This bipod attaches directly to the SKS rifle’s bayonet lug and is made from lightweight aircraft grade Aluminum alloy with a black finish. The legs extend to adjustable heights of 8.3″ – 11.4″

Scoping a SKS is very worthwhile as long as it is done properly. The receiver cover mounts where the scope sits directly on top of the cover, such as the B-Square, are worthless. The see-thru segments highly restrict one’s field of view when using the open sights and the receiver mount is not solid enough for continued accuracy. The best method is to install a rail on the side of the receiver with the mount coming straight up using either off-cant rings (where scope is somewhat above and to the left of the receiver, in the manner of scoping a Winchester lever action rifle) or over-bore rings.

My Chinese commercial was purchased in the “sniper configuration” with receiver rail, off-cant mount, 2.75 power scope, and a heavy bipod. This rifle can still hit a 2″ object at 100 yards all day long without a problem. I know that William’s Gun Sight Company used to have such a receiver rail and over-bore ring set but don’t know if they still do. Also, if you wish to use a standard length scope a shell deflector will be necessary.  Williams also makes excellent replacements for the front and rear sights, both conventional and fiber optic, that fit in the original mountings.

The next best setup for scopes that does work is the Leaper’s receiver cover mount. This mount has an over-bore design leaving a good field of view for using the open sights. The ring supports come up from the base at the left side of the cover and is very solid. The receiver cover also uses two set screws on each side for additional stabilization 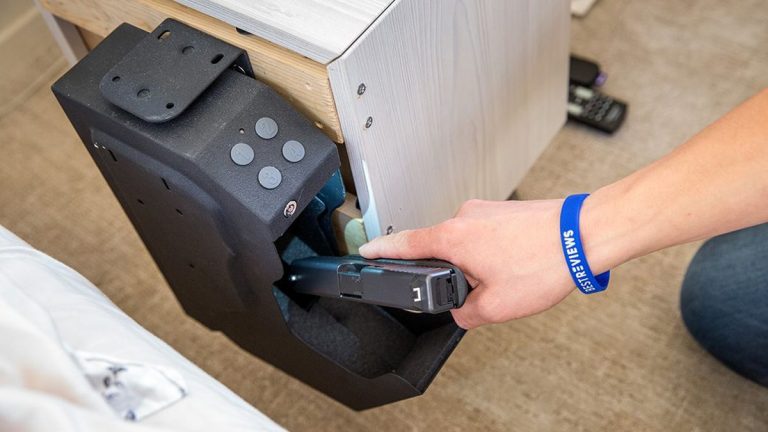 Owning a gun is both a liberty and also a responsibility. In the world today, individuals are given the freedom of owning firearms for their own use and protection. But on top of every gun owners mind should be safety above all. Our best gun safe reviews is catered for the responsible gun owner who…

Recurve Bow is the curve at the tips end that increases the speed of the Bow and the full smoothness to release. Best Recurve Bow is well known for widespread use in the target archery and world Olympics. Recurve bows are used in the field of archery and in bow hunting with highest recurve. We… 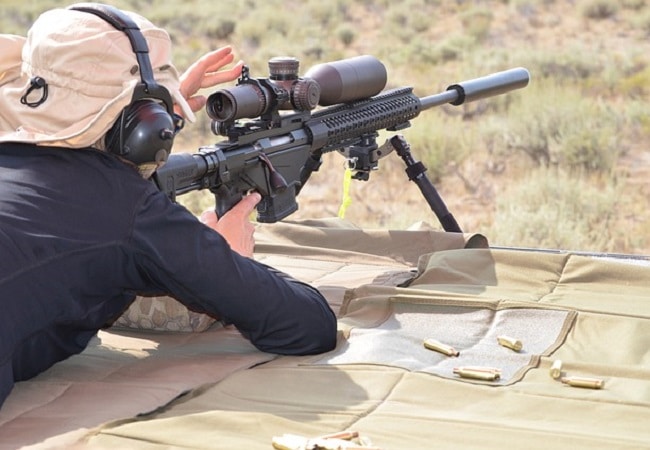 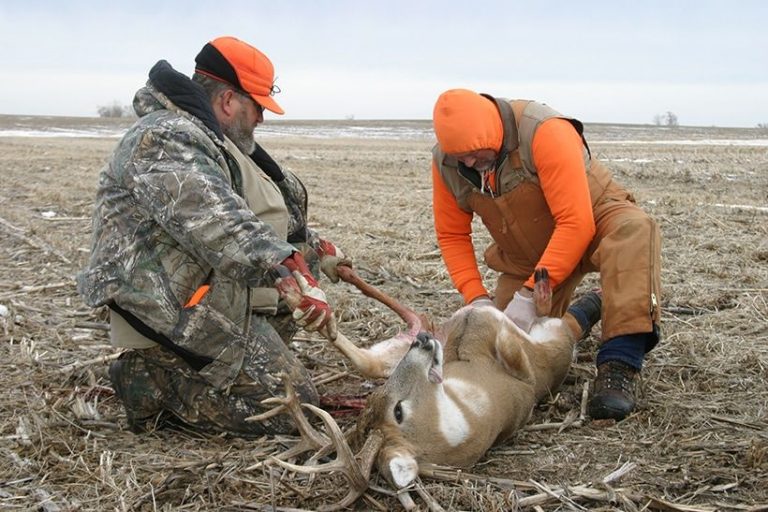 A skinning knife is a specialized hunting knife that focusses on skinning the game only. A skinning knife’s blade is often shorter, thin and has a fat curved belly to cut through tissue underneath the skin cleanly and precisely while not damaging or puncturing the hide during the skinning proces. A hunter often carries a…

No matter how expensive or quality your gun(s) are at some point they will need to be cleaned. Whether you are a sports shooter, hunter, or takes occasional target practice, taking care of your firearm is vital to the longevity of the weapon. Guns are not cheap and the upkeep of them should be taken… 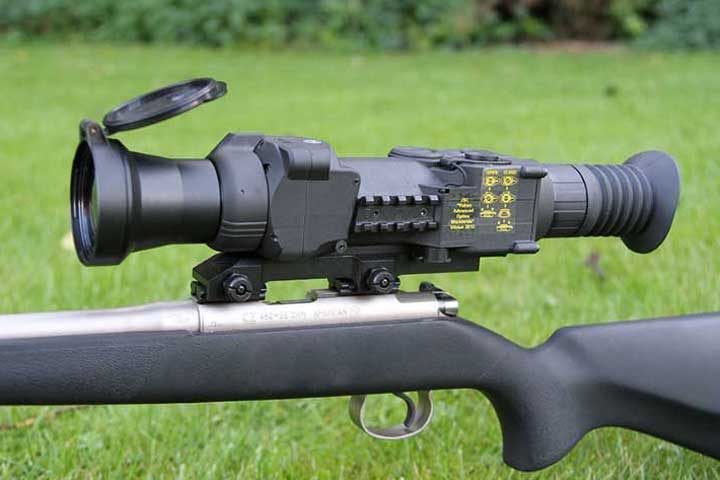 Every object, either man-made or natural will emit heat. Infrared technology can reveal very subtle differences in temperature, and show objects which may normally be invisible to the naked eye. Thermal scopes are also known as thermal imaging scopes, IR scopes and heat vision. Thermal imaging is a type of technology used to detect heat….